Billboard Premieres Bellamy Brothers "If you Ever Leave" : NatureCoaster.com

Billboard Premieres Bellamy Brothers “If you Ever Leave”

The vast landscape of Joshua Tree National Park coupled with psychedelic graphics fill the Bellamy Brothers’ new video for “If You Ever Leave,” a featured track on their new album, Over The Moon, dropping next Friday, Feb. 15.

“It’s always hard choosing a first single, but we both like the sound of this track with the 12-string guitars, the harmony and the imagery of the lyrics. It reminds us of country rock from the late 60s,” David Bellamy shared with Billboard. 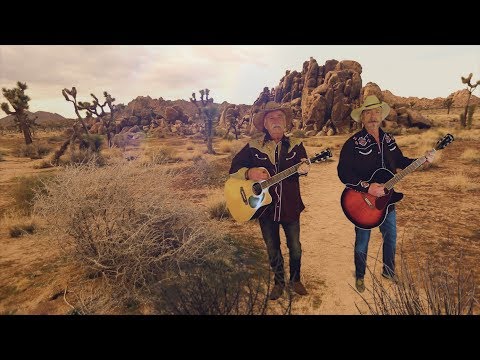 The visually stunning video was shot on location in San Bernardino County, California at Joshua Tree National Park during the middle of the federal government shutdown. Park rangers gave video director Derrek Kupish of dkupish productions access to the park so he could film.

The release of the Bellamy’s “If You Ever Leave” video comes a few days before the second season of their hit reality show, “Honky Tonk Ranch,” premieres Feb. 10 on The Cowboy Channel (8:30ET/7:30CT). A few days later, the Bellamy Brothers will join Blake Shelton’s “Friends & Heroes 2019” tour in Oklahoma City.

Audiences nationwide will hear the duo perform iconic hits including, “Let Your Love Flow,” “Redneck Girl” and “If I Said You Had A Beautiful Body (Would You Hold It Against Me)” throughout 18 dates across the country (full list below). The Bellamy Brothers join special guests John Anderson and Trace Adkins for Shelton’s tour with Lauren Alaina.

The Bellamy Brothers will be in Tampa March 8 on the “Friends and Heroes 2019” tour.

For the full program schedule and more information about The Cowboy Channel, visit TheCowboyChannel.com.