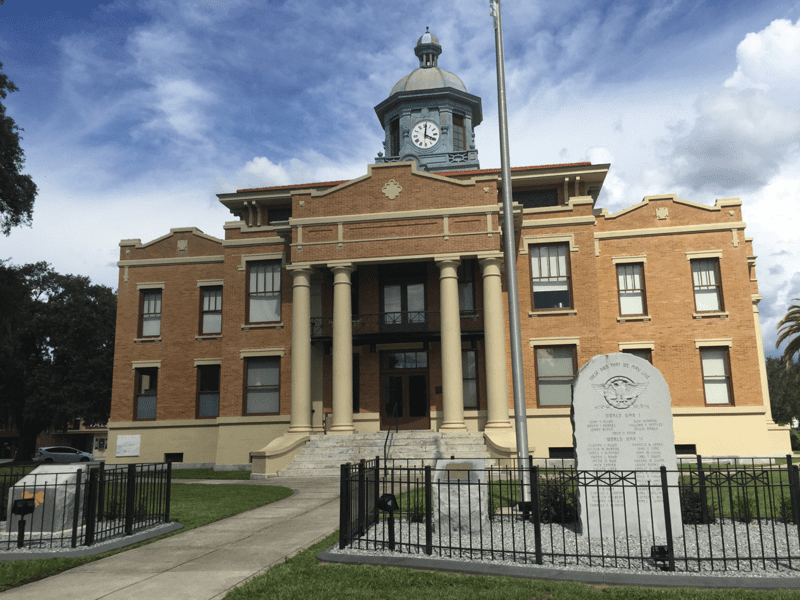 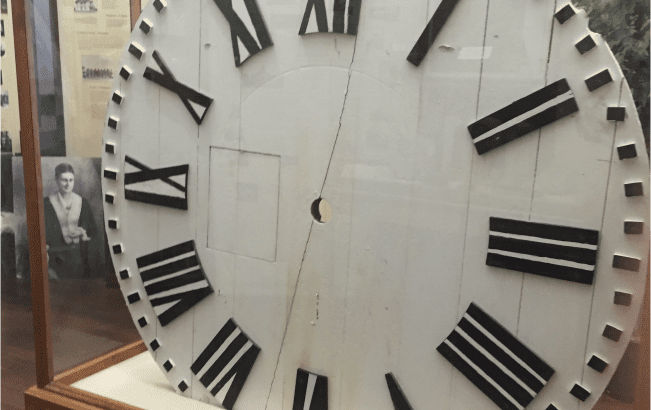 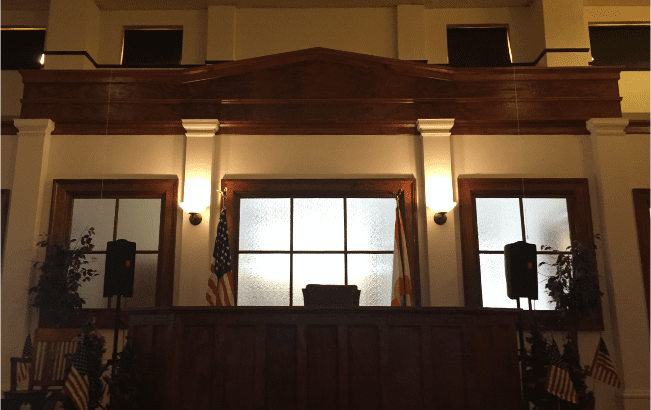 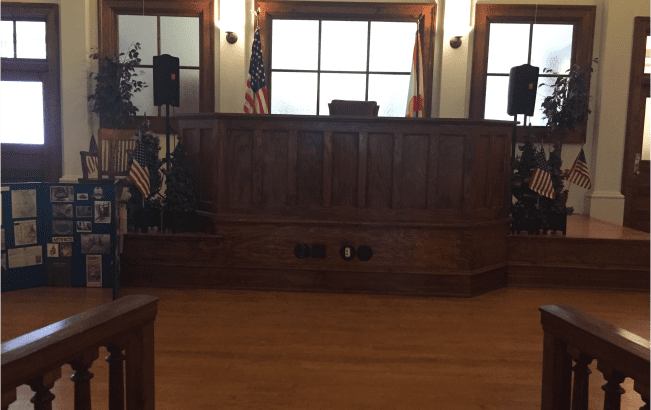 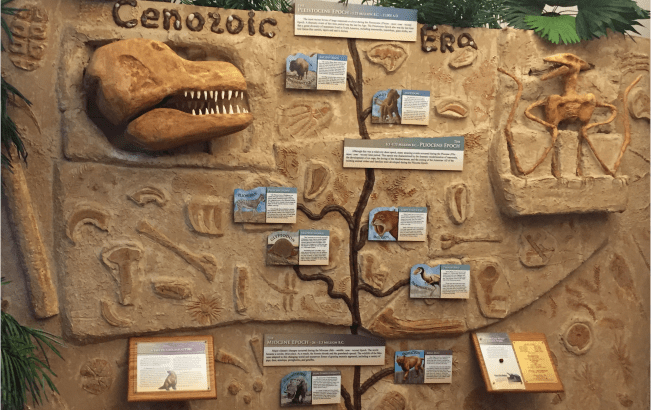 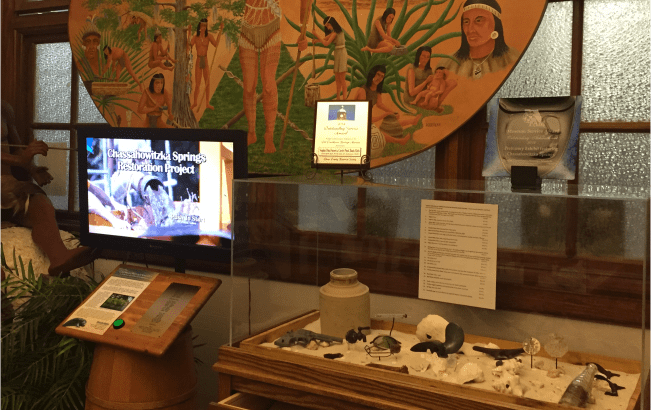 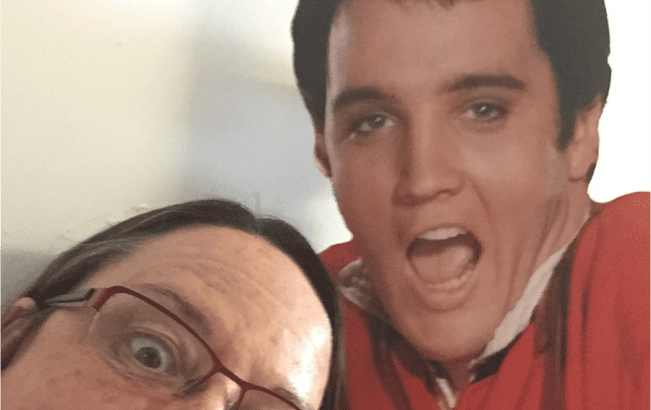 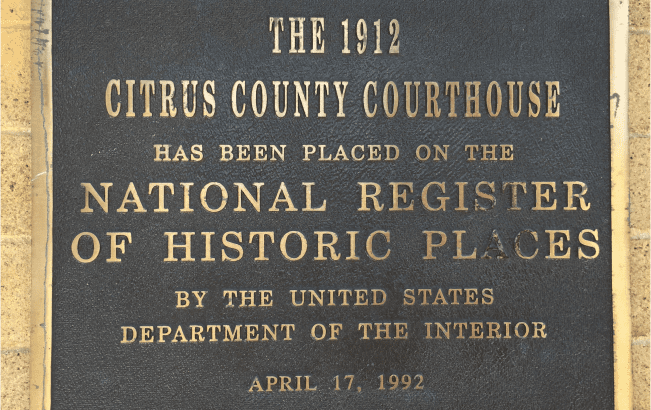 Listed on the National Register of Historic Places, the Old Courthouse was built in 1912 at a cost of $55,885. It served as the Citrus County Courthouse until 1978, when a more modern facility was built about a block away.

Today, the historic courthouse is the headquarters for the Citrus County Historical Society. It houses county archives and special collections, as well as the offices of Citrus County’s Historical Resource Officer. It is also the site of the Old Courthouse Heritage Museum.

The architects, J. R. MacEachron and W. R. Biggers, reportedly used the Polk County Courthouse as a model; the style has been described as eclectic, with elements of Neo-Classical, Italian Renaissance, Prairie School and Mission styles. The building includes a copper cupola with a clock face on each of the four sides, topped with a belvedere with miniature columns. Construction was by the Read-Parker Construction Company. The building is uniquely situated on a square lot at a 45 degree angles to the street grid.

The yellow-brick structure, which replaced the original 1892 wood structure, recently underwent restoration under supervision of the Citrus County Historical Society. After peeling off layer upon layer added over the years, workers uncovered terrazzo floors and marble wainscoting. Transom windows that had been painted over and nailed shut were refinished and re-hinged. Old photographs of the courthouse gave clues to what the hidden walls, floors, and ceilings looked like. Society members and architects even watched VHS copies of the 1961 Elvis Presley movie Follow That Dream, which featured scenes that took place in the second floor courtroom.
Heritage Museum Exhibits and Store

Permanent exhibits in the Old Courthouse Heritage Museum include displays and artifacts devoted to Citrus County’s pre-history and its pioneer days, and to more recent developments, such as the impact of the citrus and film industries on Central Florida. Traveling exhibits, such as Florida Cowboys: The Last Frontier, come to the museum on a regular basis. The Museum Store offers hard-to-find books about Florida history, ecology, and geology, as well as gift items.

People in Inverness still talk about the magical summer of 1961, when Elvis Presley came to Citrus County to film his ninth movie, “Follow That Dream.” The climactic courtroom scene was filmed entirely in the Courtroom and included many townspeople as extras. To commemorate Elvis’s visit, the Citrus County Historical Society hosts a re-enactment of events from that summer in a live musical production called “When Elvis Came to Town.” Another production of this popular play is planned for April, 2012, to commemorate the 50th anniversary of the premier of the movie in 1962.

Currently, the Courtroom is available to rent for private and public gatherings.

Listed in Attractions & Activities, and Museums. 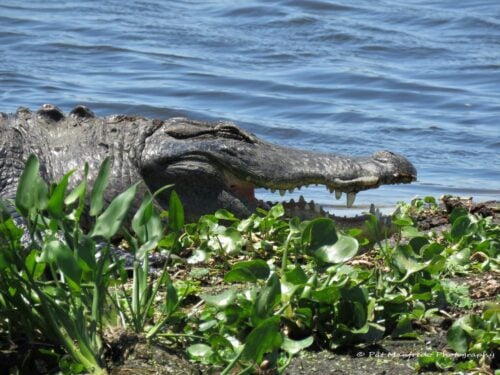 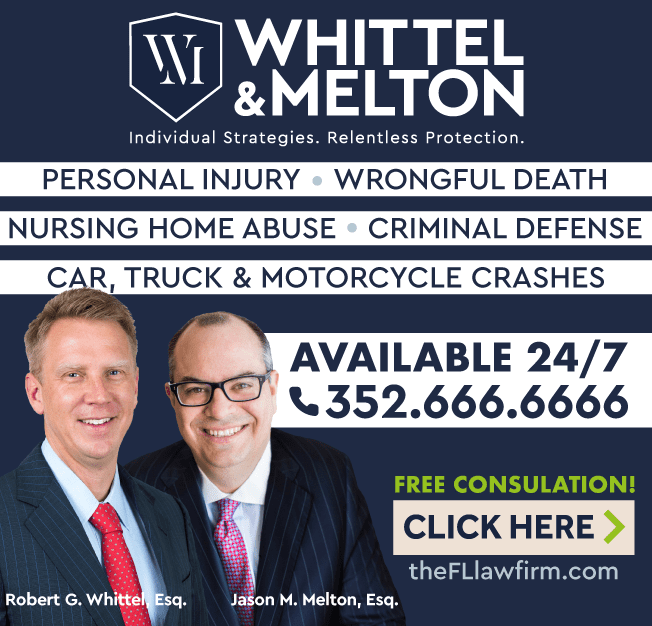