Crystal River is situated around Kings Bay, which is spring-fed by a cluster of more than 30 springs, designated as a first-magnitude system. Because the water stays a constant 72 degrees, this area is a popular area for West Indian manatees to winter in.

Incorporated in 1903, in 2016 about 3,138 people were living within the city limits. US Hwy. 19 separates Crystal River in a north-south direction, with Kings Bay on the west side and most public works on the east side of the road.

This 61-acre Native American site was occupied long before Columbus came to America; in fact, evidence has been found that puts native peoples living at this site from the Deptford period (800 BC), the Swift Creek-Santa Rosa culture and up to the late Fort Walton period (1500 AD). It is one of the longest continuously occupied sites in Florida with many stories to tell.

Native peoples who lived at, and visited, the site that houses the CR Archaeological Park were able to hunt and gather food from the sea (oysters, saltwater fish), land (deer, bear, beaver), and marsh (turtles, freshwater fish) in this area. They built six large middens, mostly consisting of oyster shells and bones from fish and animals that provided their food, layered with sand and plant debris. Some of these mounds were used to bury the human remains also, and it is believed that over 7,500 Natives lived here or visited here. Evidence of trading with other tribes has been found. This is a peaceful place to visit, with explanatory displays, demonstrations and trails to roam. There are several archaeological finds, and activities to help the history come alive.

If you’ve ever written with a Dixon pencil, you are using a piece of Crystal River’s history. The cedar mill that made the planks those pencils were made from was located to Kings Bay in 1882. Those boards were shipped to New Jersey to make Dixon pencils.

During excavations for the Florida Nuclear Power Plant in 1969, scientists discovered rhinoceros and mastodon bones, as well as the shells of an extremely large armadillo and a large land tortoise.

The Plantation Inn and Golf Resort was built in 1962 along the banks of the pristine Crystal River. In 1975, W.W. Caruth Jr. purchased the property, impressed with its beautiful natural setting and Old South charm. Today, this beautiful resort offers fine dining, manatee and scalloping tours, fishing charters, a riverside pool area, three golf courses and on-site spa. It has plenty of history in the area and is a premier place for getting away on the Nature Coast.

Over the years, Crystal River has become most well-known for its manatee tours. Citrus County is the only place one can swim in the water with manatees legally. There are many tour operators that provide complete packages for this amazing encounter. Some of our favorites can be found here.

Three Sisters Springs in Crystal River is one of the most beautiful places to see manatees and it was saved from development in 2010 and became part of the Crystal River National Wildlife Refuge. Boardwalks have been built around the Springs and now you can visit daily 8:30-4:30 for a fee. Trolley tours take visitors from the boardwalk area to downtown Crystal River as part of the $7.50 admission fee.

Several public parks are located throughout Crystal River. Hunters Springs was recently updated and given a beautiful boardwalk and kayak launch, along with playground equipment and picnic provisions. The only fee is for parking and the manatees are easy to spot from the boardwalk.

There are many festivals and events held in Crystal River throughout the year. To see what’s happening now, check out NatureCoaster’s events page. 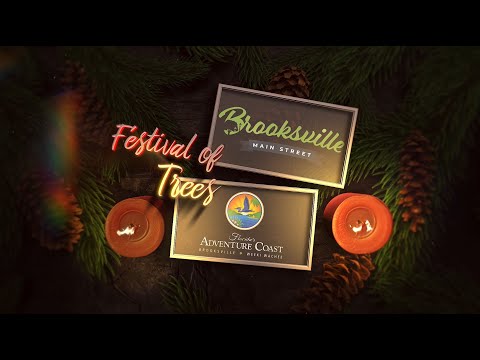