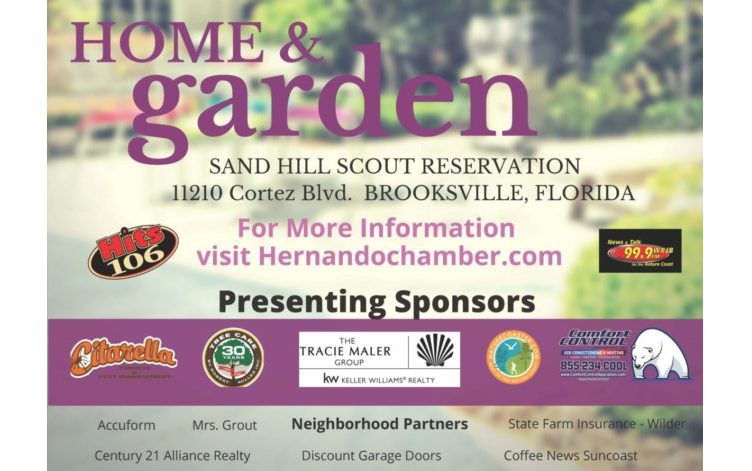 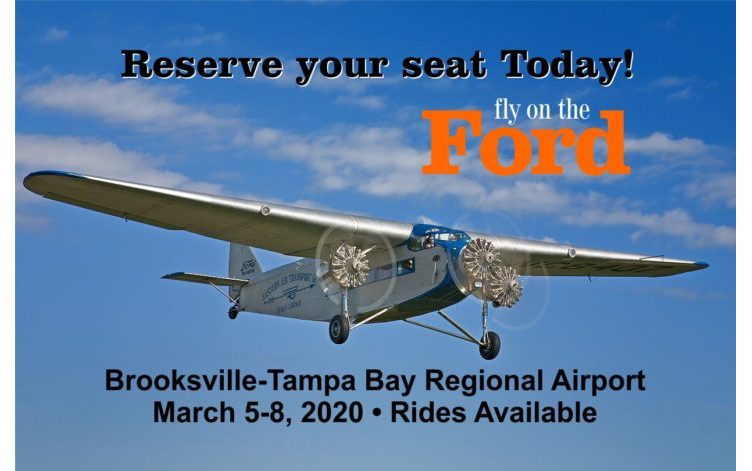 Fly on the Ford Trimotor

Experience the thrill of the golden age of aviation with a flight in the fully restored Ford Tri-Motor airplane. This was the first all-metal multi-engine commercial airliner and it is coming to the Brooksville-Tampa Bay Regional Airport on March 5-8, 2020 for your opportunity to schedule a flight. A one-of-a-kind… Read More 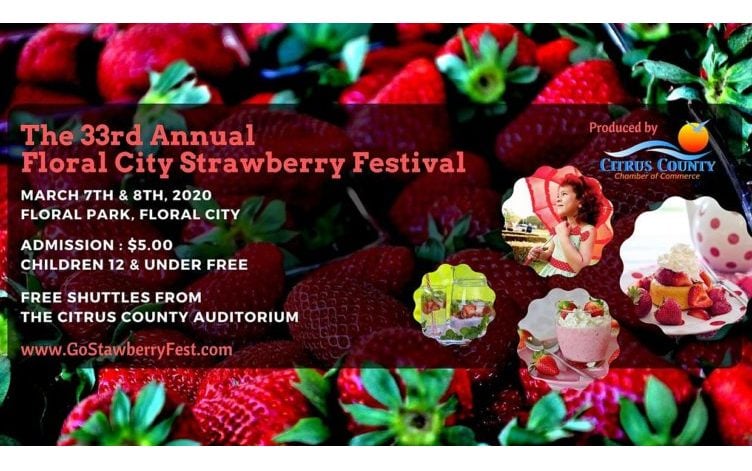 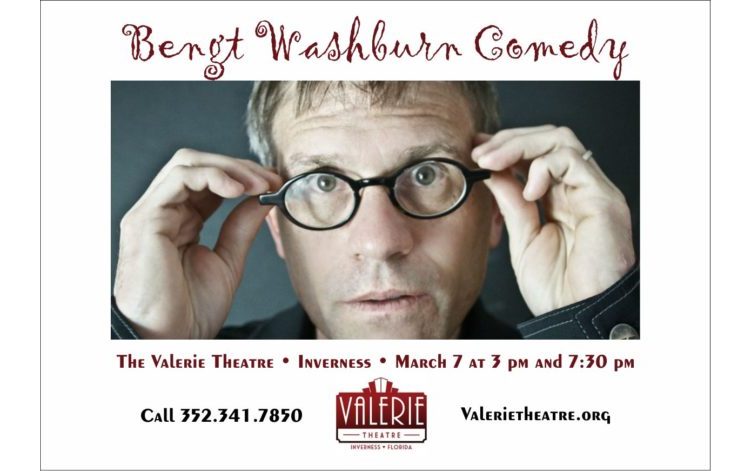 Most people who know him would say Bengt is a logistically impaired ditz, but his comedy is described as intelligent, surprisingly universal considering the content matter and profoundly funny. Bengt Washburn is bringing his hilarious comedy show to The Valerie Theatre in Inverness, Florida, on March 7 for two shows:… Read More 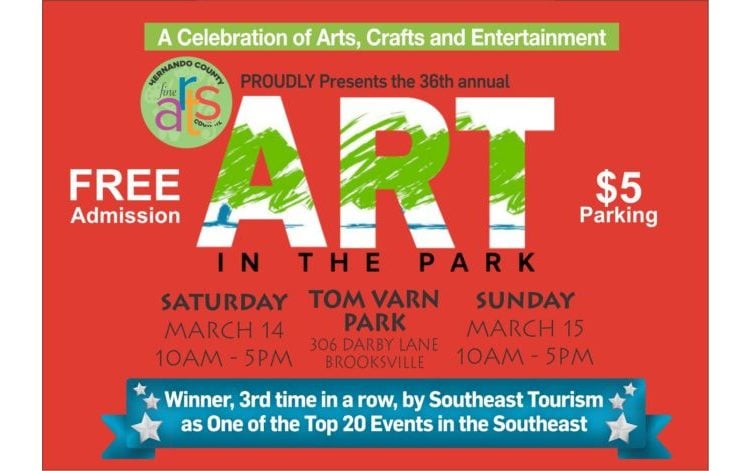 36th Annual Art in the Park 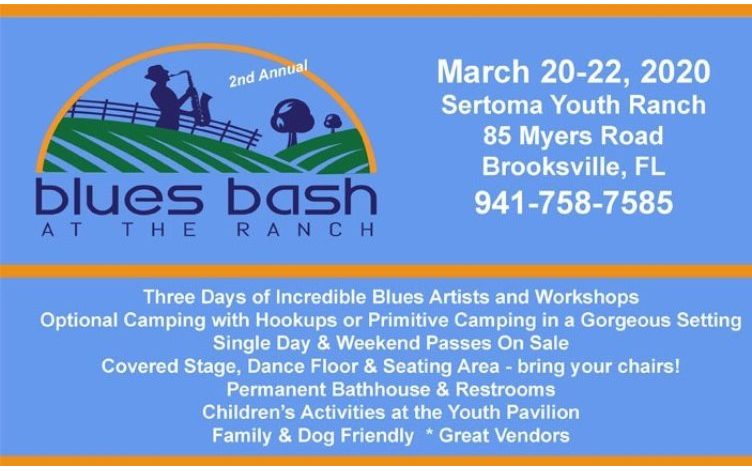 Blues Bash at the Ranch

Blues Bash at the Ranch came about after the success of Camping with the Blues, held at Sertoma Youth Ranch in October each year.  Greg Herndon and Paul Benjamin felt another blues festival would be the perfect addition to the ranch and would be held in the spring each year. Read More 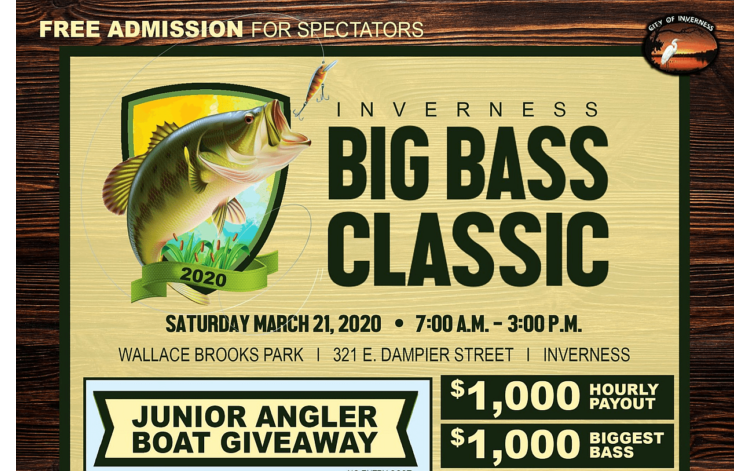 The City of Inverness announces the sixth annual Inverness Big Bass Classic to be held Saturday, March 21, 2020, at Wallace Brooks Park. This event has become very popular with locals and professionals throughout the southeast for its high stakes hourly weigh-ins. Anglers compete for the hourly $1,000 payout and… Read More

Join the Greater Hernando County Chamber of Commerce and local business leaders in welcoming Fawn Germer, Top 25 Motivational Speaker (in the world for 3 years in a row!) to a full-day workshop on Women’s Leadership at the beautiful Silverthorn Country Club.

Timing is everything, and when Fawn Germer’s Hard Won Wisdom was published, the timing was perfect to launch a new generation of women leaders to move beyond insecurity, take charge, claim turf and bring other women along with them instead of viewing them as competition.

Fawn’s book topped bestseller lists just as corporations were beginning to focus on women’s leadership. Since then, she has keynoted for corporations and organizations around the world, as well as the Harvard, Wharton, UCLA Anderson and Baylor schools of business.

Fawn is the only speaker to personally go to the greatest women of our times and ask them what they learned the hard way.

From them, she distilled a list of strategies and tactics to propel hundreds of thousands of women forward and show them how to claim their turf, confront (and overpower) their self-esteem issues, ask for help, expect obstacles and persevere regardless of the setbacks and complications.

“I really struggled to find my way as a strong woman in the workplace,” she says. “The women leaders I interviewed demystified everything for me. They taught me the strategies of engagement.”

Fawn is one of America’s most sought-after speakers for women’s leadership and the nation’s foremost expert on work-life balance.

Sponsored by Spherion, and only $60 which includes breakfast and lunch. Don’t miss this amazing opportunity to learn from one of the world’s best speakers how to grow in your comfort and your career! Get your tickets today before the Women in Leadership Summit is sold out!

NatureCoaster.com and our sponsors provide this calendar of events as a community service. We do our best to provide accurate information in each listing, but we are simply publishing the information and cannot be responsible for inaccuracies or errors. Please contact event promoters from their event listings for more details about any specific event. We do not cover political events.

Any cookies that may not be particularly necessary for the website to function and is used specifically to collect user personal data via analytics, ads, other embedded contents are termed as non-necessary cookies. It is mandatory to procure user consent prior to running these cookies on your website.