Thanks to the vision, volunteers, sponsors and agency partners, a derelict vessel will soon transform into a marine habitat, scuba and fishing destination. Referred to as the “Ghost Ship,” remains of an old two-masted schooner will join the ten Army M-60 tanks that comprise Hernando County’s Bendickson Reef on April 23, 2019.

The 16-ton, 46-foot decommissioned vessel will be deployed between Bendickson sites one and three. The Ghost Ship will be the first Adventure Coast wreck dive site and will increase the structural complexity of this underwater habitat. The ship will also serve as a connecting trail between structures, adding to diver experiences.

“The Ghost Ship will provide a most unusual dive opportunity,” said Frank Santo, Hernando County Port Authority Chairman. “It will likely recruit pelagic fish as they migrate north and south during their annual trek to and from the Panhandle. This will give anglers a chance to hook some large and exciting fighters such as kingfish and Spanish mackerel.

Divers will be able to experience The Ghost Ship

“The Ghost Ship will provide a different kind of substrate than what we have used in the past,” Santo explained. “Because the open body of the ship provides for more extensive hiding places and swim-throughs than the normal materials we typically use in artificial reef projects, we expect it to attract large fish as well as schooling bait fish. Various smaller fish will soon show up to feast. A wreck module like this will give sea turtles a protected resting place, as well as recruiting algae, soft and hard corals and invertebrates, which will quickly call it home.”

Affirming a growing partnership and shared commitment to protecting Florida’s marine resources, the Coastal Conservation Association donated 25 reef balls for this reef expansion. Deployed around the Ghost Ship, they will help stabilize the wreck and provide habitat and protective cover for baitfish.

Underwater life from coral to crabs and fish to turtles are well-established among the Bendickson Reef’s sunken tanks, in place since the 1990s. This growing deep cover habitat benefits fish through all development stages and is a popular spot for anglers.

An early adopter of artificial reef development, Hernando County Aquatic Services added significantly to the Bendickson Reef in 2017 and deployed over 100 shallow water reef balls at three sites last year. Plans call for the placement of numerous additional artificial reefs in the future.

Regarding the shallow water reef balls, Keith Kolasa, Hernando County Aquatic Services Manager, said, “All of the sites are located within two to three miles of the Bayport and Hernando Beach channel’s lighted entrances and are surrounded by seagrass meadows where scalloping takes place during the summer. The great thing about this area is (that its) water clarity is usually very good, making the reef ball reefs great places to snorkel and view all types of marine life.”

“The intent of the artificial reef program is to provide fishing, snorkeling and diving opportunities for those that visit Hernando County and Florida’s Adventure Coast.” Santo said, “Anytime you can provide something that is good for the environment, anglers, divers and tourists all in one project, well, I’d call that a home run for sure.”

History of the concrete Ghost Ship

While volunteer teams did the hard work of readying the sailboat for sinking, the conversation often turned to speculation about this cement boat’s history.

The Ghost Ship’s history and provenance are shrouded in mystery.

Locals claim the boat’s owner died, leaving it abandoned. There is evidence that it was once owned briefly by the Clearwater Aquarium. It may have even been used to haul some questionable cargo during its murky past. No one really knows how it came to be here, but it has been berthed around Hernando Beach for at least 15 years.

Long unseaworthy, the Ghost Ship’s cement design makes it optimal artificial reef material. A cement boat may sound like a bad idea, but ferrocement is a type of boat and ship construction first patented by the French in the mid-1800s.

Long before Hernando Beach’s Ghost Ship, cement played a role in American wartime shipbuilding. Thanks to timber and steel scarcity, concrete ships were commissioned during World Wars I and II. During the 1940s, the United States Maritime Commission contracted construction of 24 concrete ships in Tampa, Florida. Built at a speedy rate of approximately one per month, they were known as The Concrete Fleet of WWII.

Boat building with ferrocement declined sharply after the war, partly due to problems of steel corroding and swelling within the cement, resulting in cracking and other shell damage.

Sinking the Ghost Ship will be a thrilling finale to a lengthy, but worthy, endeavor. Permits, clearances, and consensus from many agencies and stakeholders are finally locked down. Fully decommissioned in compliance with The United States Army Corps of Engineers means that the former sailboat is stripped of all metal and anything else unsuitable for the sea floor. With holes properly placed in the deck and engine and hardware removed, its end as a derelict schooner marks its birth as a seafloor habitat sure to attract both fishermen and divers for years to come.

As expressed by Governor Ron DeSantis in his inaugural address: “For Florida, the quality of our water and environmental surroundings are foundational to our prosperity as a state – it doesn’t just drive tourism, it affects property values, anchors many local economies and is central to our quality of life.”

From idea to ready-to-go artificial reef has been a long journey, completed thanks to the hard work, community generosity and support of official agency partners and corporate sponsors. No Hernando County tax funds were spent on the Ghost Ship artificial reef initiative. Cash and gift certificates to cover boat fuel and incidentals were donated to the non-profit organization, Hernando Environmental Land Protectors (HELP).

The Coastal Conservation Association’s generous donation of 25 reef balls, valued at $3,650, marks the organization’s first such contribution to an artificial reef project.

Over 600 hours of labor, boat storage, and administrative work was performed to get the Ghost Ship ready to spend the rest of its days undersea courtesy of many dedicated volunteers. Captain Tim Mullane, an artificial reef expert with Coleen Marine, will travel from Virginia to assist with deployment free of charge. Captain Mullane participated in 2017’s Bendickson Reef expansion. The two-part tow out to the channel and then to the sinking site will be donated by Tow Boat US and Captain Michael Senker. 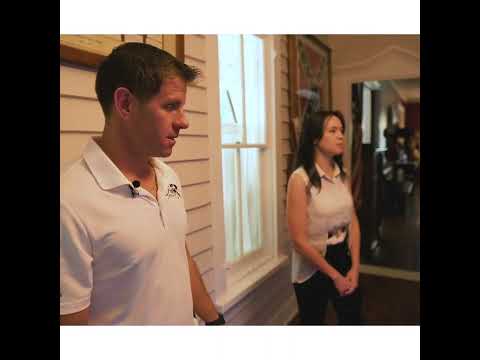