Nominate New Port Richey to win $20,000 During "Meet Me at the Park" : NatureCoaster.com

This Earth Month, the National Recreation and Park Association (NRPA) is collaborating with The Walt Disney Company, including Disney Citizenship, Disney|ABC Television Group and ESPN, to revitalize parks across the U.S. for a third year. The city that receives the most nominations will receive a $20,000 grant to improve a local park. 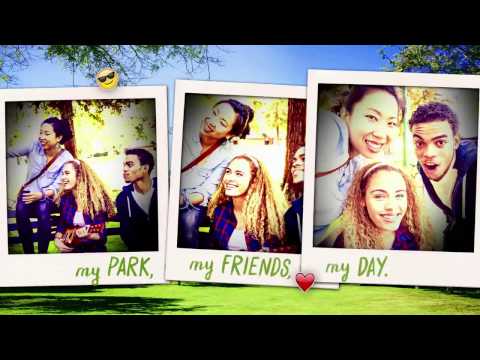 Local parks make New Port Richey a better place to live and shape so many of our lives. Parks are essential to our city’s health and well being. They provide safe places to be active and enjoy nature —and they help preserve the environment and bring people together. That’s why from April 1 to April 30, New Port Richey residents will have the opportunity to nominate our city to receive $20,000 in grant funding to make improvements at a local park.

By visiting NRPA.org/BeInspired, park supporters can nominate our city. At the end of April, the city with the most nominations will receive the grant funding. New this year, everyone who nominates a city will be entered into a drawing for a tablet outfitted for the outdoors.

“Supporting local parks is essential to the health and vitality of communities everywhere,” said Lori Robertson, NRPA Director of Conservation. “That’s why we are proud to collaborate with The Walt Disney Company to help fund critical park improvement projects in communities in need. We encourage everyone to join us in giving back to the places that shape so much of our lives by voting in this year’s Meet Me at the Park campaign.”

During April, a public service announcement (PSA) supporting the Meet Me at the Park campaign will be shared with audiences across Disney, including ABC Television Network, ABC-owned and affiliate stations, Freeform, Disney Channel, Disney XD, Disney Junior, the ABC app and other digital platforms. The PSA will also be available to view on the voting site at www.nrpa.org/beinspired <http://www.nrpa.org/beinspired> . Additionally, Radio Disney will support the campaign with an on-air radio spot.

This Earth Month, New Port Richey can show what parks mean to our community by nominating our great city. Encourage your friends to nominate our city by taking a selfie in your favorite park and using the hashtags #MeetMeAtThePark, #Parkies and #BeInspired.

For more information and to nominate your city, visit NRPA.org/BeInspired