Recently I had the privilege of kayaking the Rainbow River, a Registered National Landmark that is fed by a first magnitude spring. The river itself is 5.7 miles long with its origination at the Rainbow Springs State Park. In the 1930s, the park was developed into a tourist attraction and today it is still popular for swimming, canoeing, diving, picnicking, camping, and snorkeling. 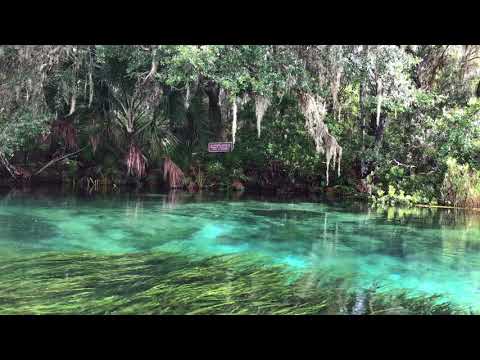 Rainbow Springs is a first magnitude spring system, similar to Weeki Wachee and Kings Bay, with 400 million gallons of pure water issuing out of numerous vents each day! The water is clear enough to see the fish swimming and the aquatic plants that call this area home.

KP Hole is a popular Marion County park, where kayaks and canoes are easily launched. There is a $5 fee to enter and you can bring your own watercraft or rent one – or rent a tube and float the run (more on that later). Although pets are not allowed in KP Hole park, you may walk your pet to the watercraft to launch.

Starting at KP Hole allowed me to paddle upstream for about 1.5 miles and ride the current back to our launching point. It’s a nice paddle. A little exercise to get there and an easy float back to effortlessly enjoy the wildlife.

While paddling toward the headsprings, the peaceful sounds of nature permeated my being. Above me, the sky’s expanse and in front of me the clear water surrounded by trees was serene. The Rainbow River is very clear and has a moderate depth of 8-15 feet throughout most of its distance.

Looking below, fish were swimming under my craft. Pure nature is intoxicating. 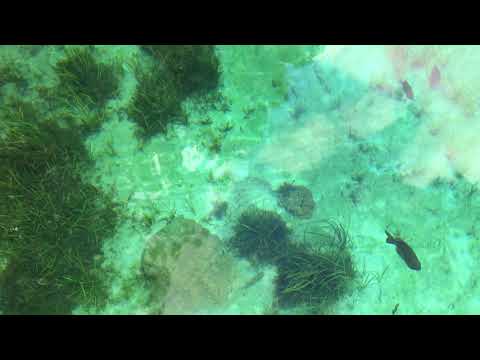 Anhingas were perched on a tree overhanging the river’s edge. One was drying itself. The other preening. Big, black birds without a care.

After a bit, the State Park entrance was marked by a sign that reminds visitors of the rules.

Docking in Rainbow Springs State Park requires paying the $2.00 entry fee to partake in its trails, waterfalls, restrooms, gift shop, snack bar, picnic pavilions and the dock. Kids of all ages were having a blast jumping into the 72-degree water and then popping up to swim back and do it again!

Then back to the river for the return glide. Within moments, I witnessed a turtle sunning itself on a partially submerged log. The colors were vivid and the creature was purely at rest. A quick photo to capture, and off I floated.

An Abundance of Birds

Leaving the State Park behind, residential homes lined the west shore of the river. Formerly simple cottage-type structures, several have been converted to expansive mini-mansions with docks, boats, seawalls and lawns.

A juvenile eagle was enjoying its prey in one yard. A wood stork and a crane were hunting in front of another. Anhingas abounded. A family of ducks gently paddled along. Green herons, little herons and wood ducks were in attendance.

A Marion County Sheriff’s pontoon boat came upriver and we waved at each other. It is against the law to carry disposable containers or alcohol on the river, and the Sheriff enforces the rules. Several boaters carry pets on their crafts.

The waterway opened wide again as I was beginning to tire. I saw divers training in the deep part of the river, about a half mile upriver from my original launch at KP Hole park.

After passing them, I happened upon a beautiful alcove with Cardinal flowers, which are so-named to refer to the bright red robes worn by Roman Catholic Cardinals. They grow well in northern Florida along the streams and rivers.

A few more anhingas, fish, and a couple of hawks: then the time came to dock my vessel. After breaking out of my nature trance, I climbed out of the kayak (without falling in) thanks to a helpful dock hand. The sun was shining and now it was time for lunch. 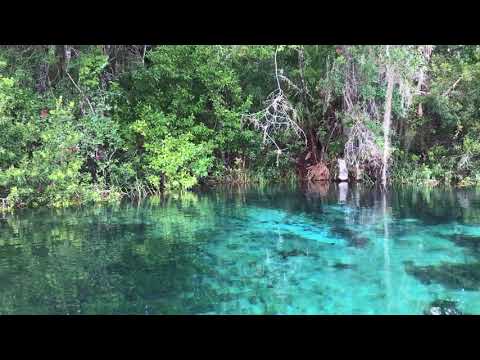 If you want to Experience the Rainbow River:

I have always tubed the Rainbow River in the past. This is still available. Rates are $20 to rent the tube and have a ride to the headsprings or $12 if you have your own tube (or floating object) from K.P. Hole, plus $5 entrance fee to the park. This is a 4-hour float. 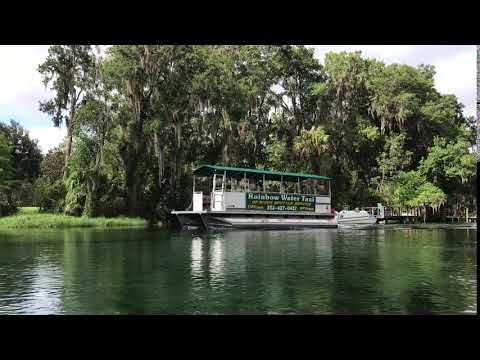 Kayaks and SUP rentals are available.

The entire river is a no wake zone.

No disposable containers or wrappers are allowed on the river, nor is alcohol of any type, although you may bring a cooler.

Leave early in the morning. Afternoon thunderstorms are common and there is nowhere to get out of the river during a storm legally.

I live about a half a mile away from the park and thoroughly enjoyed reading your review..

Thanks John. It's a beautiful place.

As soon as things are back to normal in Florida, I need to go here with you!!! ;)

Wow, neat story - thanks for posting!

Thank you Robin. Glad you enjoyed it.