Join us in welcoming New York Times best-selling author Tim Dorsey to our library system. Tim’s books feature a variety of colorful characters and are set in various locations around the state of Florida. Readers follow the antics of Serge Storms, a clever antihero with a penchant for murder. Serge finds himself in fascinating places around the state of Florida, and the reader is often treated to a special history lesson referencing the area.

Tim Dorsey was born in Indiana, moved to Florida at the age of 1, and grew up in a small town about an hour north of Miami called Riviera Beach. He graduated from Auburn University in 1983. While at Auburn, he was editor of the student newspaper, The Plainsman.

From 1983 to 1987, he was a police and courts reporter for The Alabama Journal, the now-defunct evening newspaper in Montgomery. He joined The Tampa Tribune in 1987 as a general assignment reporter. He also worked as a political reporter in the Tribune’s Tallahassee bureau and a copy desk editor. From 1994 to 1999, he was the Tribune’s night metro editor. He left the paper in August 1999 to write full time.

You can get to know a little more about his characters and books in the video below (WARNING: rated PG-13) 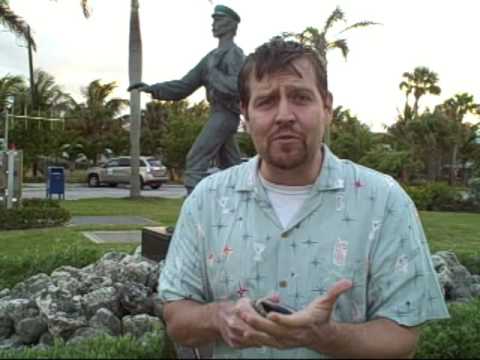 Tim Dorsey will be at the Lakes Region Branch on Thursday October 18th at 4:30pm and the Homosassa Branch on Friday October 19th at 2:00pm. The events will consist of a short presentation, followed by a question and answer session and book signing.