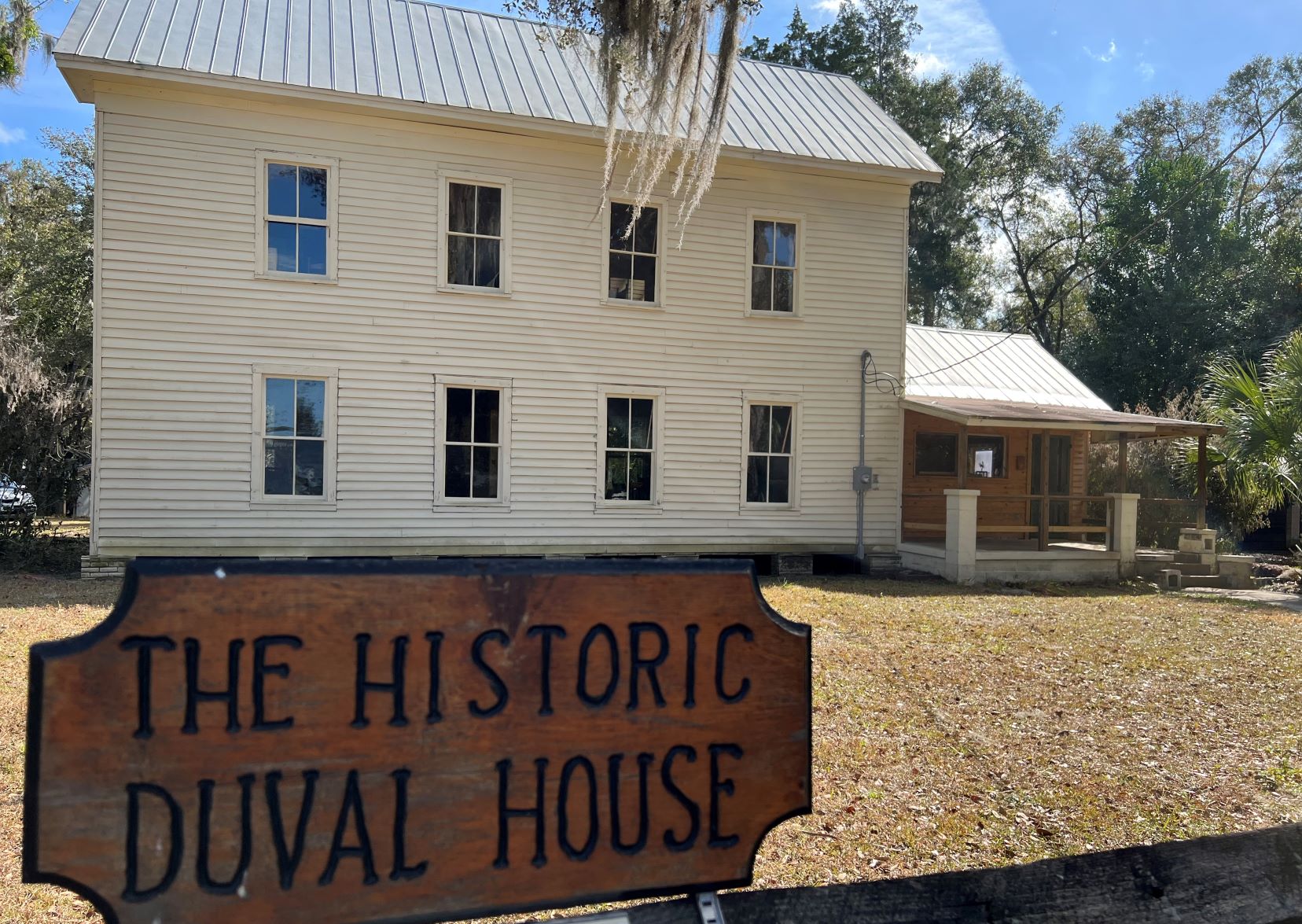 The oldest house in Citrus County opens for tours from 10:00 am to 2:00 pm on February 12 and 19, as well as March 5 and 19. Docents for those Tours will be Ralph Johnson, Vaughn McIntire, and Metz-family member, Bob Metz.

NatureCoaster was given a sneak-peak at this historic home, whose construction began around 1863. Originally constructed by John Paul Duval-Formy, the Duval-Metz house appears to have been constructed on the wrong lot for its owner!

As we walked up to the back porch entrance, a large concrete dome greeted us with what looked like an “escape hatch” at the top. “It’s a cistern,” H.D. Bassett explained to me. “There were large gutters along the porch roofs that would direct rainwater into this 20-foot storage tank for the family to use as needed. The unique thing about this cistern is the central brick shaft, which was commonly used to shore up a concrete cistern from root and earth damage. It also may have been used to filter some of the debris that undoubtably came in with the water.”

I stepped up onto the first-floor porch and discovered an open door to the second story. Up I went, where I met Lynn Bassett, H.D.’s better half. We explored the large, but sparse rooms of late 1800s and early 1900s Nature Coast life.

We walked out onto the open second story porch and looked toward the lake. Today, there are tree limbs obscuring the view, but the view of Lake Tsala Apopka would have been fine, with the land being cleared for crops like sugar cane, corn, and possibly cotton grown there.

“Notice that there are no closets in the house. There is one central chimney that heats the four rooms originally built in the house. Each has its own fireplace and entrance from the outside porch. This was a feature of the French architecture of the Caribbean islands, from which Mr. Duval-Formy came,” Lynn explained.

I saw a ‘sacking bed,’ on loan from Frank and Sally Heath. This bed uses pegs to hold a canvas “sack” by linen ropes for a restful night’s sleep. “This may be where the expression, “hit the sack” came from, Lynn shared.

Each family generation often shared a room in the time the Duval-Metz house was constructed. Pans were used for excrement, and kept near a bed, like the photo shows.

The kitchen of the Duval-Metz house was originally constructed away from the main house, as was the custom of the times, protecting the structure from fires that may destroy the kitchen and limiting damage to the homeowners.

Here, the original kitchen was moved and attached to the home. Volunteers removed the former drop ceiling and uncovered a beautiful, vaulted ceiling. Cabinets were built in period-correct fashion. There is even a real icebox!

There is a tiny cupboard under the stairs, where the Trust can store items, but it is not part of the tour. What is part of the tour is a passion for showing visitors how life was busy with survival in the times this house was occupied.

Bob Metz came over, as I was leaving to write the story. Mr. Metz’ great grandfather, James purchased the house in 1935 and four generations of the Metz family lived there. They occupied the lower two rooms and used the north upstairs room as a guest room. The house was changed quite a bit over their occupancy, but the second story was never finished.

The Duval Preservation Trust, Inc. was formed to purchase and restore the house in 2011. Bob is an active member and volunteer, with years of restoration of the group’s efforts showing in each room. He has even written a book about living there, which is available on Amazon and at the Floral City Heritage Museum next door.

After being slowed down by the pandemic, the Trust is alive and well, having met for the first time in the new year at the oldest house in Citrus County. New members were welcomed to the Board, officers elected, and the wheels were set in motion to begin the Operational Phase while continuing house restoration and the rehabilitation of the historic property.

With the Heritage Museum across the side street from the Duval-Metz House, and visitors there requesting to tour, the Board felt that it was urgent to accommodate those requests.

The Trust is pleased to announce that the Duval-Metz House will open for tours from 10:00 am to 2:00 pm on February 12 and 19, and March 5 and 19. Docents for those Tours will be Ralph Johnson, Vaughn McIntire, and Metz-family member Bob Metz. Donations are requested.

Expect to see a Facebook page for the house, and the fencerow at the corner of Orange Avenue and Old Floral City Road cleared of vegetation soon to provide an improved view of the Historic House.

At the close of the meeting, Duval descendant H. D. Bassett and wife Lynn Bassett were recognized by the Floral City Heritage Council for this significant historic preservation accomplishment, including the initial procurement of the property, financial and labor investment, recruitment of volunteers and other sponsors and supporters of this property known as the oldest home in Citrus County.

For more information or to make a contribution – either financial, materials or labor- for the ongoing restoration, call Rebecca Bays at (352) 697-1380, e-mail her at [email protected] or contact by mail at Duval Preservation Trust, Inc., 7801 S. Old Floral City Road, Floral City, FL 34436. 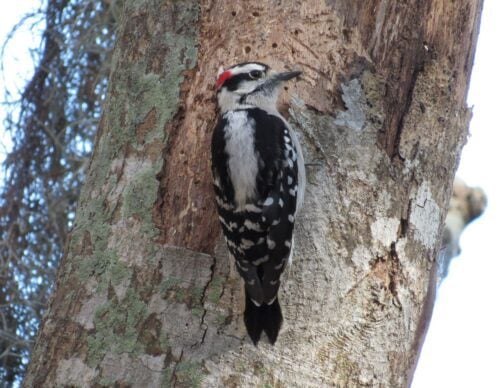