The Taste of Inverness began as a way to showcase local restaurant and catering offerings and raise funds for local nonprofit and educational needs. Over the years, it has grown to a signature event for the City of Inverness and has contributed to the betterment of thousands of NatureCoasters through its philanthropic efforts.

“2017 is the year to shake things up,” says Liz Fernley, “we’ve added regional food, food trucks, craft beer and live music in beautiful Liberty Park. Best of all, Josee Lanzi has brought us a prize any chef worth his salt would work hard to earn, a Golden Ticket to the international World Food Championship!”

Join us on April 8, from 3-8 p.m., when top restaurants and food trucks from throughout Florida’s Nature Coast will gather in Liberty Park on Lake Henderson to compete for a “golden ticket” to enter the final World Food Championship competition in Orange Beach, Alabama with a top prize of $100,000. Add extra fun to the event with a ticket to the Citrus County Beer Experience.

There are six categories for the food competitors, including barbecue, chicken, steak, sandwich, seafood, and desserts. Instead of Inverness restaurants being the only competitors, this year’s event features restaurants, caterers and food trucks who have won awards throughout the U.S.

Maybe you want to Dance?

Live Music will enhance the atmosphere with the Mark Anthony Band, who are known for making any party better with their 400 plus song repertoire, their pitch perfect vocals and their enthusiasm for having a good time.

The Citrus County Beer Experience lets you Taste up to 100 Craft Beers:

Additionally, the Citrus County Beer Experience will bring top Florida breweries under one tent as part of The Taste! Adults 21 and up may opt for the $25 ticket to receive unlimited samples in the beer garden in addition to admission to the food competition. Taste and judge up to 100 craft beers for yourself. 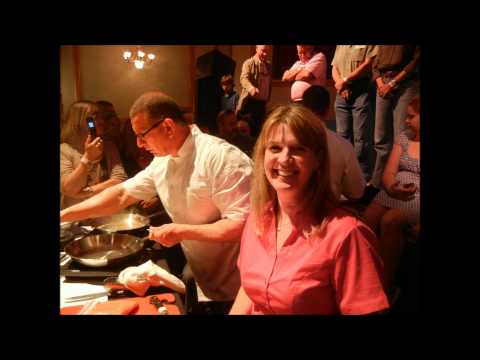 Josee is a self-taught home cook who loves to saltwater fish. She is passionate about food, and obsessed with cooking competitions.

Josee has won numerous challenges, from The Real Women of Philadelphia finalist to winning the Country Crock Cooking Star recipe contest. She has appeared on numerous television shows, including Robert Irvine in his first live Dinner Impossible.

Jason is a paramedic and instructor by trade and a foodie and fun blogger by passion. He is the owner and site administrator for Orlando Fun and Food and OFF (Orlando Fun and Food) On the Go. When not working as a paramedic, Jason enjoys exploring the best that Central Florida has to offer! He has judged for World Food Championship and looks forward to returning to judge the Taste in 2017.

Debbie lives on the west coast of Floridaworking as a mild-mannered municipal employee by day, but at night and on weekends she is transformed, whipping up new and tasty dishes in the kitchen or on the grill.  She has been creating and competing in recipe contests and cooking competitions since 2008.

“I started out slowly and just entered a few contests here or there, now it takes up most of my free time,” Debbie confesses.

Debbie Reid has appeared on the Food Network’s Cooks vs. Cons – Episode Pancake Pandemonium and ABC’s The Chew. She has won over a dozen national cooking/recipe contests and competed in or won over a dozen Cook-offs through her creative culinary endeavors!

Come out & Try The Taste

Tickets are available online @ TasteofInverness.com and may be purchased at Pine Street Pub. You can choose from two types of tickets: General Admission, $5 for all ages, or General Admission and Beer Tasting, $25 for ages 21 and up that includes admission and unlimited beer samples.

Food is sold separately at the event, with each competitors’ taste offerings to be priced at or under $6.

A portion of the proceeds from this event will support the Citrus County Education Foundation, whose mission is to support Citrus County public schools in order to enhance learning and improve personal development for present and future generations.