Ellie Schiller Homosassa Springs Wildlife State Park has set aside the month of January to honor some of Florida’s well-known naturalists and conservationists. These include William Bartram, Marjory Stoneman Douglas, Rachel Carson, and Archie Carr: all who have played an important part in the conservation of Florida’s natural resources.

In addition to displays in the Visitor Center and the Discovery Center, we will be presenting two special programs on how NatureCoasters can be conservationists by making small changes in our daily lives.

Florida Fish and Wildlife Conservation Commission’s Senior Wildlife Assistance Biologist, Catherine Kennedy, will present a program on Florida’s backyard/native wildlife and conservation/coexistence on Friday, January 20, starting at 1:00 pm in the Florida Room of the Visitor Center on US 19.  There is no charge to attend the program. Regular admission applies for entrance into the Wildlife Park.

The earliest of the four conservationists to be recognized this month is William Bartram, 1739 – 1823. Bartram was a naturalist/explorer of the American Southeast in the late 18th Century and was known for his illustrations of birds, plants and Native American culture. Bartram also collected plant specimens for his father’s botanical garden in Philadelphia. A record of his explorations is contained in “Bartram’s Travels” published in 1791. This book has become a classic in American nature writing.

Marjory Stoneman Douglas, 1890 – 1998, was born in Minneapolis in 1890, and graduated from Wellesley College. In 1915 she moved to Miami to work for her father at the Miami Herald. She started her journalism career as a society reporter, but soon found herself as an articulate crusader for women’s rights, racial justice, and conservation.

Conservationist Ernest Coe recruited her in the fight to save the Everglades as a national park and she soon became the public voice of this effort. She wrote “There are no other Everglades in the world. They are unique…in the simplicity, the diversity, the related harmony of the forms of life they enclose. The miracle of the light pours over the green and brown expanse of saw grass, and of water, shining and slow-moving below, the grass and water that is the meaning and central fact of the Everglades of Florida.” The Everglades was established as a National Park in 1947, the same year that Marjory Stoneman Douglas’ book, “The Everglades: River of Grass” was published and generated support for protection of this fragile ecosystem. It is considered a classic work.

Rachel Louise Carson, 1907 – 1964, was an American marine biologist, conservationist and writer well known for her writings on environmental pollution and the natural history of the sea. Carson spent many years in Florida researching its marine communities and ecosystems for her books “Under the Sea Wind” (1941), “The Sea Around Us” (1950), and “The Edge of the Sea” (1955). She then turned her attention to alerting the public to the dangers of pesticides, which were killing insects and moving up the food chain. Carson published the book “Silent Spring” (1962), which, although it was considered controversial when released, succeeded in changing the practices of agricultural scientists. Her best-selling “A Sense of Wonder” is considered an environmental classic.

Carson wrote “If we have been slow to develop the general concepts of ecology and conservation, we have been even more tardy in recognizing the facts of the ecology and conservation of man himself. We may hope that this will be the next major phase in the development of biology. Here and there awareness is growing that man, far from being the overlord of all creation, is himself part of nature, subject to the same cosmic forces that control all other life. Man’s future welfare, and probably even his survival, depends upon his learning to live in harmony, rather than in combat, with these forces.” 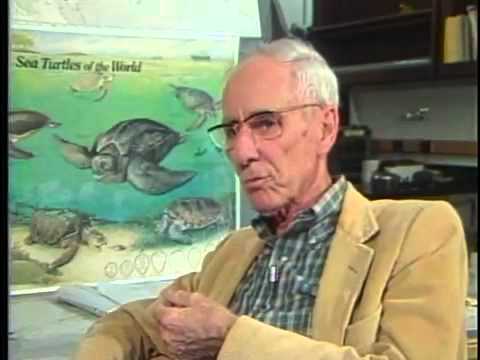 Dr. Archie Carr, 1909 -1987, was a herpetologist, ecologist, conservationist, Florida naturalist, professor, and a gifted writer of numerous natural history books. In a tribute to Archie Carr, Dr. David Ehrenfeld of the Sea Turtle Conservancy noted. “Dr. Carr is responsible for accumulating and distributing much of what is known about the biology and life cycle of sea turtles.”

In Carr’s book “A Naturalist in Florida…A Celebration of Eden, “he writes a beautiful passage on his experience of first coming upon our first-magnitude spring. He describes the experience in these words: “The first time I saw Homosassa Spring I came suddenly upon it on a winter midafternoon. It was glowing in the dark hammock like a great flat-cut jewel. The light slanted in through breaks among the encircling trees, and the crystal pond shone blue where the sky was reflected, green and maroon over the beds of water plants, and snow white where the current had washed the bottom clean. And throughout the whole great body of the spring were flashes of light glancing from the sides of a myriad of fishes. Barely discernable from my angled view through the tumbling surface over the boil, the fish seemed to be arranged in slowly circling tiers that extended from just beneath the surface far down into the dim depths if the main boil of the spring, I had heard that Homosassa was full of fish, but nothing anyone had told me was preparation for the sight I saw.”

Ellie Schiller Homosassa Springs Wildlife State Park will also be celebrating Lu, the hippopotamus’ 57th birthday on Thursday, January 26. Celebrations will be held at 10:00 am and at the 12:30 pm.

A monthly bird walk is scheduled for Saturday, January 28, starting at 8:00 am. The bird walk is led by an experienced birder from Citrus County Audubon.   Participants should meet at 7:45 am by the flagpole at the entrance of the park’s Visitor Center located on US 19. If you have binoculars and a field guide please bring them, but they are not required. The walk is on Pepper Creek Trail and is an easy ¾ mile walk. You can either walk back on the trail or take the first return boat of the day that leaves at 9:30 am.

As you can see, we have a lot planned for January, and we encourage you to visit Ellie Schiller Homosassa Springs Wildlife State Park and learn more about some of Florida’s conservationists and enjoy our events. For more information, call the park office at (352) 628-5445, ext. 1002, Mondays through Fridays.